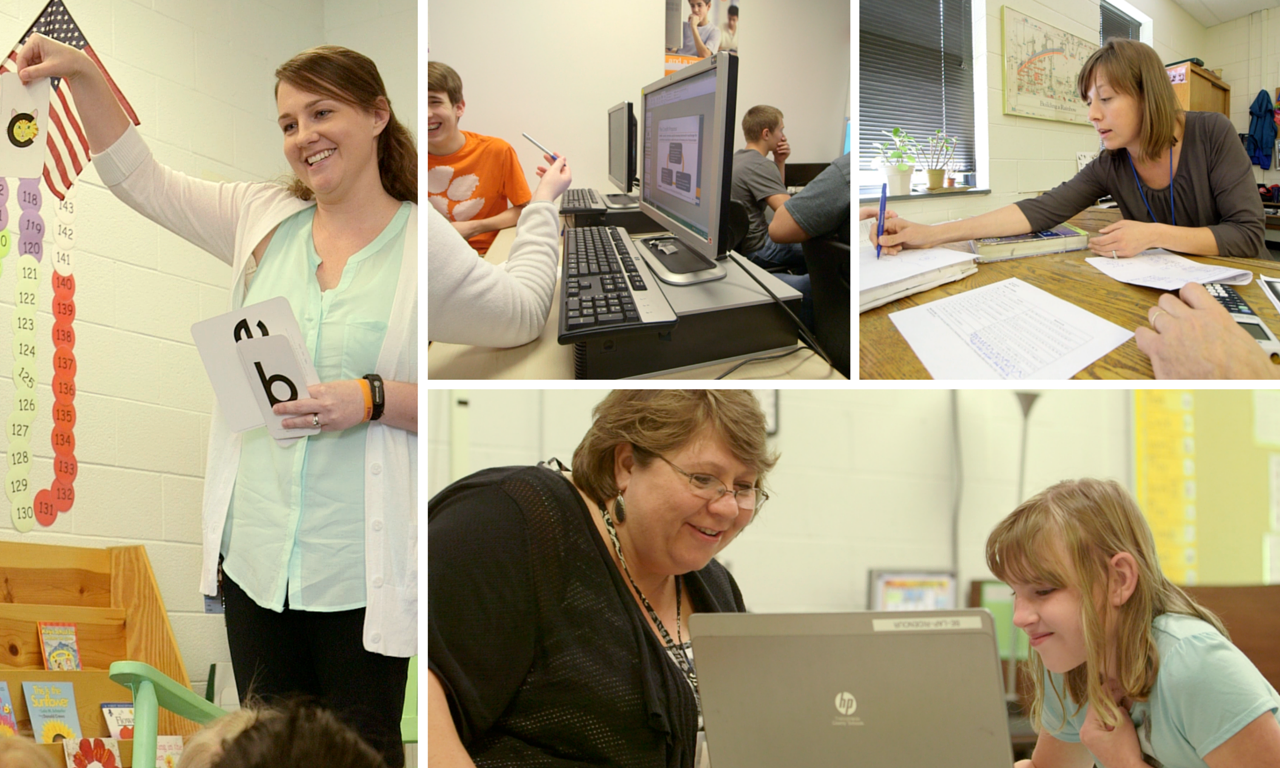 The art of communication centers around people. If you aren’t showcasing real people in real situations, it’s hard to produce an authentic product. This fact was not lost on Kevin Bryan Smith, Community Relations Coordinator at the Transylvania County School System. He started with a goal to transform an annual event at the school system into a more enjoyable and more accessible event. In the end, Kevin walked away with an award-winning video that has sparked engagement across several channels and set a new tone for school communications across the state.

Real Digital Productions started working with Kevin and TCS in early 2015 on the concept for the Teacher of the Year ceremony. Kevin wanted to hear from those at the heart of the classroom: the teachers. This seldom heard-from group is notorious for their camera-shy nature but once they were in front of the camera talking about the classroom, their passion for the work and their students was undeniable. After filming teachers at each of the 9 district schools, it was clear that the RDP team captured “the best teachers having the most fun at each school,” which was Kevin’s exact goal.

The video has achieved statewide recognition for the effectiveness and quality of the video. The NC Schools Public Relations Association hosts an annual Blue Ribbon Awards Contest and this was the first year TCS entered. They won several awards for different entries but this video on the teachers of the year won the Gold Medal award and Best of the Best recognition. The judges were from the Georgia Schools Public Relations Association so were completely neutral.

Beyond awards and office decorations, the video in all its forms has touched thousands of people in Transylvania County. Kevin made sure to leverage the video on digital platforms like Vimeo, Facebook, Twitter and Instagram. Cracking the window into the classroom gets parents excited about their kid’s education and it helps young parents decide which school is the best fit for their child.

Hearing from the teachers at each school was clearly a more meaningful way to connect than hearing from those solely in administrative positions. Kevin hit the nail on the head and Real Digital Productions delivered an outstanding product.

Find out about more about the TCS video on their project page.